I'm On My Mother's Side

by Renee Mooi and Todd Clouser 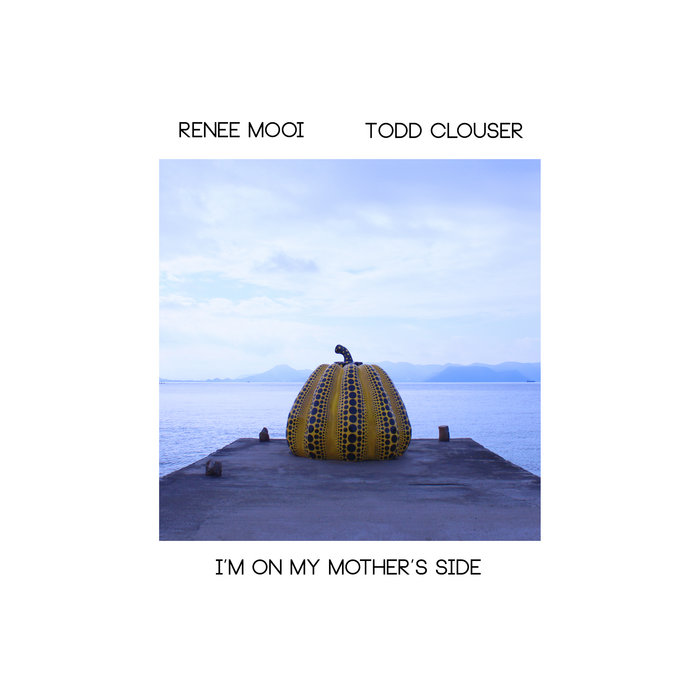 Renee Mooi had the career of latin pop star in Europe, television programs and production teams, laid out in front of her. She turned the other way, back to her art, and home in Mexico. A singer from Mexico City, Mooi performs with her own independent rock bands and with artists throughout Latin America at festivals from Vive Latino to the avant tinged ArsFutura.

Todd Clouser is an internationally recognized creative guitarist, songwriter, and producer, performing over 200 concerts a year on 5 continents in some of the world’s leading jazz and rock festivals, clubs, and working as a philanthropist with his program Music Mission.

Mooi and Clouser share a love for the unpredictable and a dedication to discovery that traditional music industry career advisers have called “self defeating”. The two artists, amongst the most recognized in Mexico City’s promising independent music scene, find common ground in raw, unfiltered emotion and a dedication to individual artistry.

For “I’m On My Mother’s Side”, the duo’s second EP in two years, Clouser and Mooi share five songs with their origins deep in the earth of blues and song tradition, but colored by an unmistakably modern artistic production and performance.

Somewhere between Tom Waits and Fionna Apple, T Bone Burnett and Lucinda Williams, “On My Mother’s Side” is a celebration of song in all its creative presentation. Fuzzed out guitars carom across gentle percussion and a barely tuned old upright piano, the songs projected by Renee Mooi’s reading of the Clouser compositions, sharing not only her strength as a vocalist, but as a messenger of affection and empathy.

The EP’s first single, and lone cover on the record, is a classic Clouser style “de-arrangement” of Delta blues legend Skip James’, “Hard Time Killing Floor Blues”. Stacks of Mooi vocals create a web of haunt and blue for Clouser to play through with stabbing guitars. Mooi carries the melody with no need to adopt a character, the grit of disillusioned experience at her call. “Atom Bomb Baby” is the EP’s most upbeat offering, distorted guitars over a lazy backbeat take this lament for a missing father to a feeling of near envy for its bad man protagonist. The standout track, “I Am Weak”, is a ballad of peace in resignation that may find a busy home on arts radio.

Maybe music has a future outside of the commerce first approach, as art. With the talents of musicians like Mooi and Clouser staying committed to the creative, we’ve got hope.

Bandcamp Daily  your guide to the world of Bandcamp

Tasty gems from around the world, plus interviews with Kaitlyn Aurelia Smith and Nick Hakim.